Rock en Seine and Paris Liberation, this Weekend in Paris 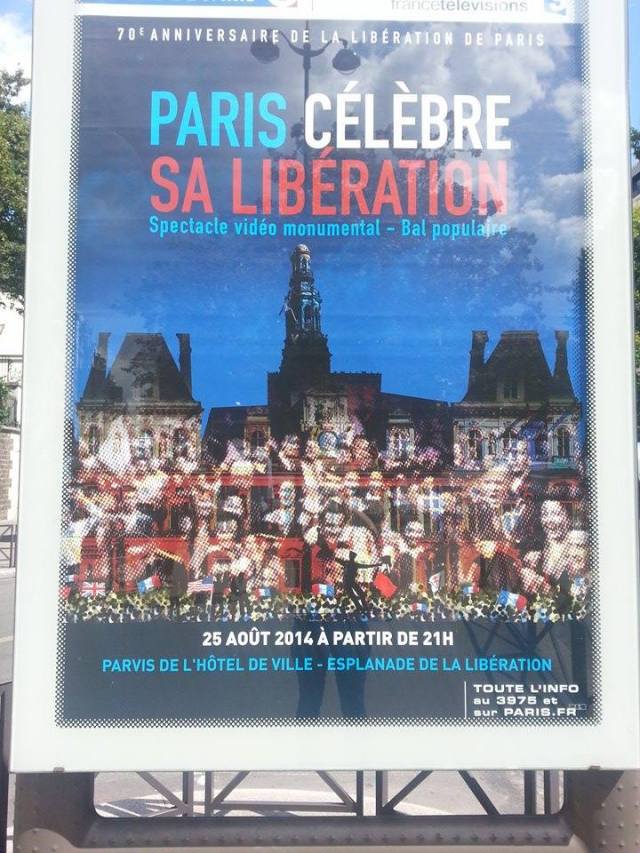 As we near the end of summer there are still plenty of outdoor events we must enjoy before we head back to the books and prepare our fall coats for the very brisk days ahead. This weekend, August 22nd, there are several reasons to head outdoors as Paris offers up festivals and celebrations to end the last month of summer with a bang.

Kicking off tomorrow, the Rock en Seine is a huge 3 day outdoor music festival in Domain national de St-Cloud, featuring acts such as Arctic Monkeys and Queens of the Stone Age. Beginning most days at 3:30PM, this afternoon into the early morning hours festival will have you fired up all weekend long with plenty of music and entertainment to enjoy.

Have children? Don’t worry, they got you covered. Rock en Seine offers a daily children’s festival with free entrance for the whole family to enjoy. The children’s outdoor festival includes workshops, concerts along with art, all beginning at 4PM until 10:30PM. Sunday the festivities begin at 3PM.

Though many will be camping for the weekend, you can buy daily tickets for 49 euro at www.fnac.com For more information and directions to the show, visit the website at www.rockenseine.com Metro Stop: Boulogne-Pont de St-Cloud, Line 10

After you have jammed your heart out all weekend long, end the celebrations with some French national spirit at the Hotel de Ville for the 70th anniversary of Le Liberation de Paris on Monday, August 25th. The entire city hall will be lite with a bright enormous 22 meter video presentation of the 1944 liberation along with a dance performance to commemorate what is considered one of the most important events in Parisian history.

On June 22nd, 1940, the German army took control over Paris along with northern and western France with the signing of the Second Compeigne Armistice. This began a long 4 year occupation under Hitler’s rule until Paris and the French Resistance began their fight for liberation on August 19th, 1944. Le Liberation de Paris ( The Liberation of Paris) lasted not even a week until the German army surrendered on August 25th, 1944, marking the beginning of Paris’s liberation.

Festivities for this memorable day will begin at 7:30PM but before hand ensure to check out the  exhibit inside the auditorium of Hotel de Ville. This free exhibition pays tribute to the liberation filled with films, photos, speeches from historians and other WWII memorabilia. For more information go to www.paris.fr Metro Stop: Hotel De Ville, Line 1

Have a Great Weekend!